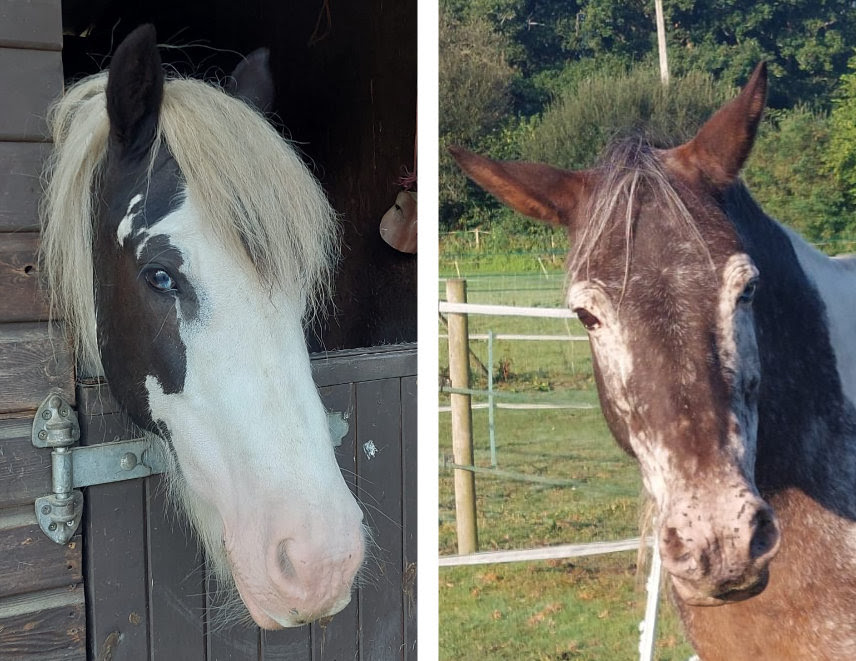 What led you to me?
I had a previous reading shortly after getting my rescue: Lucy when I found our training ‘stuck’. I wanted to touch base with her again, as we’ve recently had a mishap which left me hospitalised for several weeks. I wanted to know what happened & also find out how our ‘new’ herd member was fitting in.

How was your call helpful?
It allowed my horses to express any concerns & issues back to me, with amends to their tack & training. I’ve also had the opportunity to ask causes of specific issues which have been of concern for me. I now have a clearer action plan, with things to change & things to try.

Was it what you expected?
Yes, as I’d previously had a session with Racheal, I knew what to expect, however what comes from the horses is most unexpected.

What were you most surprised by?
Dukes humour! Although thinking back, I’ve always thought he was a bit of a clown! But also how he doesn’t like to be seen with failings, and so hides under an image of himself he portrays. Interestingly I knew Duke responded to vocal praise, you can see him arch his neck a little & soften his eyes, but I didn’t realise his need to know that he was doing ‘a job’ right, and lacked confidence, how he needed to know so he could ‘swagger & show off’!

What was the most valuable aspect of your call?
Lucy had had a terrible fall prior to her coming to me, we’d had the usual: vet, physio etc, and I could see the outward improvements. Being able to ask Lucy if her past injuries were still causing discomfort.

Did our call save you time and/or money in identifying and remedying an issue?
I was uncertain what the issue was with Lucy; was it tack, my riding, something in the bushes? I now have a direction to pursue, a little investigative work & a call to the vet; that will be an interesting conversation on why I think the problem lies where it does!

Has your horse or pony’s behaviour changed following the call?
Both ponies seem more relaxed, they seem happier with each other & with me, my sharer for Duke also noticed he seemed ‘to be more relaxed, with less bucking when out for their weekly ride’, I feel he’s listening more and seems even more affectionate, asking for & loving kisses & cuddles.

Has your relationship changed as a result?
My relationship with Lucy has not been the same since our accident, & I’ve felt our connection was lost. During the reading it transpires that we both felt guilty, & were blaming ourselves, I because I hadn’t noticed Lucy’s discomfort, and Lucy because she was upset & felt guilty about hurting me. Now we’ve been able to ‘clear the air’ our bond is back, she’s regained her confidence, and back to the little sassy lady I remember.

A potential client is on the fence about whether to have a call with me; what would you say to them?
Do it! You’ve nothing to lose, and everything to gain. Have you ever said to yourself ‘ If only I could talk to …’ Try the ‘taster session for a starter.