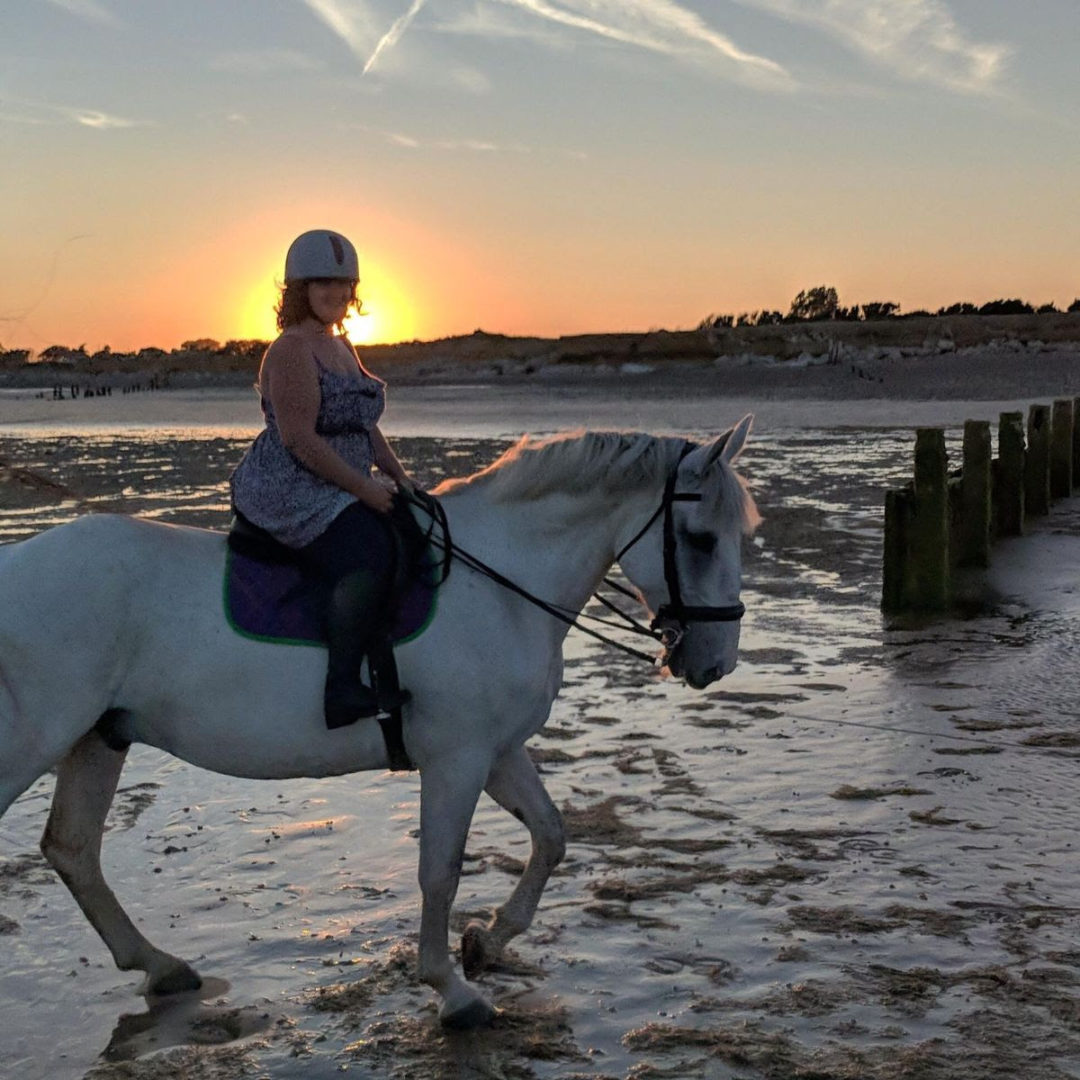 I first bought Pie in January 2017, being the first horse I’ve ever owned after loaning since I was a child. Sadly, a month after getting him, he came in hopping lame with an abscess. After two weeks of recovery, he had another abscess in the same hoof and my vet was very sceptical about this. She x-rayed his hoof then sent him for an MRI to find he had a 4cm wide Keratoma (benign tumour) in his hoof, deforming the pedal bone.

One operation, 30 dressing changes and 4 months later, we got through the rough bit and started rehabilitation of slow work again. Pie was still a little lame until the hole grew out. Even after this though, he still compensated and was anxious about putting too much weight on his left hind, and therefore would never strike off on his right lead canter.

An osteopath released some of the tension, and we had lots of lessons to help him be more supple but it still wasn’t natural and I could feel him tense or rush into the canter.

I saw Rachael at The Festival of Horsemanship in Slindon, West Sussex and joined in one of the group demo sessions. I was lucky enough to be picked and was really surprised by the accuracy of what Pie was telling me through her.

I booked a telephone call to speak with him further as well as my cat Malley, to see whether they’re happy and if there’s anything going on etc. On the off chance, cos I didn’t think it would make a difference, I asked Rachael to tell Pie that his tumour had gone so he can use his left hind leg properly again, especially in right lead canter. Rachael said there was a pause whilst he digested it and thought I was always being my positive jolly self.

However, since this first call, he had felt sooooo much more relaxed in his riding and, you guessed it, he now strikes off on the right lead canter without any bucking, frustration, anxiousness or rushing. We even went to the New Forest for an adventure and he just canters merrily in collection, doing flying changes, both ways! It’s just truly incredible.

Pie is my forever heart horse and I feel Rachael has bridged that trust even deeper as he chose to believe me that he was better.

If you’ve been thinking about booking a call, go for it! You’ve got to speculate to accumulate… You may learn or communicate something you’ve always wanted to. You might also learn things about your horse or pet that you never knew or understood.